Breaking the Stereotype of Incontinence 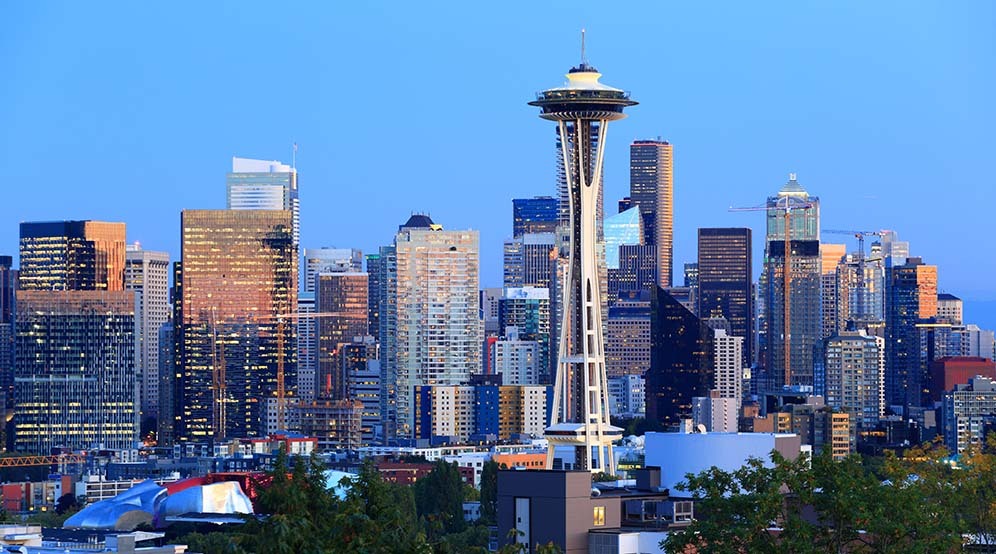 I'm Nicole and this is my story.

In elementary school, there were many times I was just too busy to go to the bathroom to relieve myself. The earliest I remember was in third grade, when I was working on a project, I’d straddle the side of my chair to push on my lady parts so that I could focus for just a bit longer. I didn’t like to take the time to pee. I was busy.

Being a gymnast for 12 years brought its fair share of unsolicited pee releases — squirts and spills galore, actually, with nowhere to hide. And when you’re in a tiny leotard that suctions into every crevasse possible, you learn to hide it well. Because the chance that you won’t accidentally pee after you land your seventeenth layout backflip during a three-hour gym work out is nil. So at eight years old, I began saving lunch money and ironed for my mom so that I could buy leotards for myself. Choosing dark polyester-patterned getups was the safest bet. Some girls would wear panty liners, but I thought that more embarrassing because you could see them through the leotards. Queue in my head: “Pick a crutch, darling.” It never dawned on me to “use the bathroom” more. I was busy.

Along with gymnastics came cheerleading in junior high and high school. To school and to games, I wore the mandatory and ridiculously uncomfortable bloomers that left elastic lines around the tops of my thighs and hips hours after undressing, and no, it wasn’t a sizing issue. My teammates and I wore them morning to night — probably close to 15 hours — until the game was over, and in them, doing jumps like toe touches, herkies, back handsprings and back flips as well as tumbling. These bloomers were made of the same material our thick polyester cheerleading uniforms were … I’m guessing these (and our bloomers) were designed by someone that had never done gymnastics on a track in 95-degree weather. They were all one color, so if you accidentally squirted pee, which was highly likely for all the jumping and gymnastics we did during a game, you couldn’t perform any longer because the moisture was so visible on that bright gold polyester. I would also hear people talk about other girls’ “look” when they were doing jumps at pep assemblies and football games: one girl didn’t realize her pubic hair appeared outside of her bloomers when she jumped. I never spoke up or looked for another solution. But self consciousness settled at a deeper level after hearing that people were sizing up my teammates’ crotch appearance. “So … people ARE looking,” was my thought.

Also, in high school came some of my fondest involuntary urination memories. Laughing with friends, I would pee. Sneezing in class, I peed. Almost getting into a car crash … I peed. Involuntary peeing all over myself, folks. These were never a full-on, bladder-empty moments, but more like quick-squirt situations. Nevertheless, humbling, humiliating, and soggily uncomfortable.

In my twenties, I was traveling for work and met my company’s PR rep. As we were walking through the Bellagio, planning the evening’s events, she stopped and sneezed. I asked her if she was okay, and she divulged that if she didn’t stop and cross her legs if she’s standing, she would pee on herself. Good move, I thought, and put that into my own sneeze repertoire,; though it doesn’t always work.

At 34 years old, I was diagnosed with adenocarcinoma in situ of my cervix, which is a pre-stage (in situ) of an aggressive form of cancer. Three weeks later, I was on the operating table having a hysterectomy, kissing my chance of biological children goodbye. A few months after healing, I realized that my urination patterns were fast and furious: from the moment I realized I needed to urinate to the time I was actually urinating was much shorter and let’s just say less forgiving. I saw more bathroom cleaning supplies in my future, and kept paper towels and some vinegar in my bathroom vanity for quick-cleaning purposes. At times, it became comical because all I could hear was the circus music in my head as I was leaping to the toilet.

Through my research before my hysterectomy, nor was I told by my doctor, that with the removal of my lady parts, my organs in my womb would shift, like my bladder, and find a new place to sit in the absence of my parts removed. Somewhere more comfortable for them, which could invite a prolapsed bladder. Keeping my sense of humor about the situation, I imagined my bladder was straddling that chair like I had in third grade.

Upon reaching my limit of willingness to continue these bathroom sprints, I went to a gynecologic oncologist who partnered with a urologist for an examination and a series of tests. They laparoscopically looked inside my bladder (it was quite pretty on screen) as well as filled my bladder to the tippy top (they were quite impressed with my capacity), and everything checked out great. “So I am normal, but incontinence is too?” was my take-away thought.

Lastly, late in the spring of 2011, my mom was getting divorced, and shared that she was having issues with incontinence. She had begun regularly wearing a panty liner. We discussed how stressful situations manifest in different ways. To cheer her up, I made her a cake, topped with a pink and white panty liner made out of frosting, with a subtle dab of yellow in the middle.

A sprint to the bathroom is my solution these days, but what am I going to do about my long-awaited trip to Burning Man this year? I have grown tired of being embarrassed, ashamed, and damp. I have experienced incontinence since I was seven years old. The shame, embarrassment, and lengths I would go to hide the frustrating situation were robust. But, what can you do?

While keeping up with this day-to-day struggle, it never dawned on me that there could be a solution. When I heard about Yōni.Fit from my friend Allison, founder of Yōni.Fit, I immediately thought about the possibility of a higher quality of life for me and other women. Not just that there was a solution, but a holistic solution. As Allison was telling me more about it, all I could see was the mantra that she — this woman I met in book club — was going to change the world, and heighten the quality of life for millions of women. My intuition told me that this solution to incontinence will impact generations to come. It’s a game changer on a global level, and to very important, individual lives.

“Too many companies fail because they do not take the steps necessary to protect their IP. Others are forced to spend exorbitant amounts of money to “fix” IP problems that could have been avoided and that in the end can never be fully fixed. Watkins-Conti on the other hand, is poised to succeed.”